Dr Hawrelak is a researcher, educator, naturopath, and nutritionist with over 16 years of clinical experience.  He also practices at Gould’s Natural Medicine – a 135-year-old natural medicine apothecary and clinic in Hobart, Tasmania, Australia.

Dr Hawrelak completed his PhD examining the capacity of probiotics, prebiotics, and herbal medicines to modify the gastrointestinal tract microbiota.  He is the senior lecturer in Complementary and Alternative Medicines at the University of Tasmania’s School of Medicine where he coordinates the evidence-based complementary medicines programs.

Dr Hawrelak also teaches the gastrointestinal imbalances unit, within the Masters of Science and Human Nutrition, and Functional Medicine Program at the University of Western States, in Portland, Oregon.

Listen to the Episode 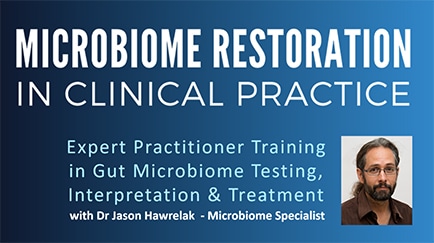